After many years of being the least appreciated and performed of Bruckner’s mature symphonies, the Sixth seems to have finally joined the mainstream. As well as being increasingly heard in the concert hall, helped by the advocacy of conductors such as Barenboim, Rattle and Salonen, it also enjoys a growing discography, this Linn release being no less than the fourth recording of the work to come my way for review in as many years.

Ticciati, in his first recording of a Bruckner symphony, directs a fleet and lithe account of the score. His penchant for swift tempos is at odds with Bruckner’s indication of Majestoso at the start of the first movement, however, and although he gives the second subject group all the space it needs, his observance of the accelerando marking at bar 191 (7'32") results in the music sounding slightly harried at this point. Nevertheless, the performance conveys considerable vitality, and captures the essence of the noble and aspiring coda.

The interpretation of the Adagio, delivered with a steady pulse and considerable depth of feeling, is very persuasive. The orchestral playing combines expressiveness and sensitivity, the contribution of the cellos especially fine. Ticciati’s tempo for the Scherzo is arguably faster than the score’s indication of Nicht schnell suggests but the result is energetic and involving, and the crisp, almost martial phrasing of the horns in the Trio works very well.

In the finale, Ticciati demonstrates a strong feel for the character of the contrasting subject groups but here I feel the performance falls slightly short of the grip and dynamism needed for the movement to make its full effect. For those qualities, try the recordings by Wand with the same orchestra (Profil, 4/12) or Paavo Järvi (RCA, A/15), both of whom conclude the symphony with a blaze of energy that’s hard to resist. 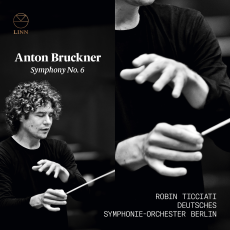