Magic and mystery from the Middle Ages: Anthony Pryer applauds the Sollazzo Ensemble's style and scholarship on its debut album.

This is the first recording from the prize-winning Sollazzo Ensemble and in this ingeniously assembled collection they delight us with a songs of defiance and gentle rebuke directed against the gossips and naysayers of 14th and 15th century society. The result is a magical sound-carpet of music drawn from repertories not given convincing attention since the efforts of the Medieval Ensemble of London, David Munrow, and Gothic Voices some decades ago.

The fluid 'conversational' style of these accomplished musicians (they perform some of these pieces without the music) enables them to provide especially realistic and vivid projections of the texts. We get an explosive opening in Dal traditor (a bitter song of betrayal), a distressed speech of Va, Fortune. (projected with superb rhetoric by Yukie Sato) and exquisite tenderness of voice from Perrin; Devillers in Pour che que je ne puis. There are also hilarious imitations of a bleating lamb in Angnel son biancho, and an atmospheric, and a cacophonous market scene in Cacciando per gustar.

The instrumentalists (Anna Danilevskaia, her sister Sophia, and the harpist Vincent Kibildis) perform two of the tracks alone, and in Hont paur, manage to sound both poised and rhapsodic. And Vivien Simon's singing in Solage's Le basile has humanity far beyond the polished but lapidary version by Gothic Voices (on Avie), though the texture is rather muddy, and they might have performed the third verse as well. That said, this is altogether an impressive and revelatory first recording from the Sollazzo Ensemble, which was founded just four years ago. And the writer of the booklet notes — Anne Stone — really knows what she is talking about. 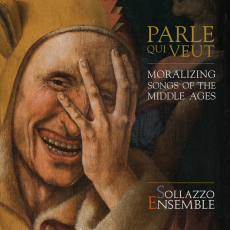 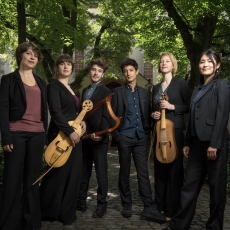