Arcangelo Corelli is a remarkable figure in music history. He belongs to the most famous composers of the baroque era, but his oeuvre is very small in comparison with that of his peers, such as Handel or Telemann: just six collections published with an opus number and some pieces which have been preserved in manuscript. Most composers of his time contributed to more than one genre: vocal music - sacred or secular -, chamber music, orchestral works and keyboard music. Corelli confined himself to chamber music and one set of 'orchestral' music, although that term is probably not the most appropriate to characterise his concerti grossi.

Corelli also hardly travelled around as so many of his peers did. He spent almost his complete life in Rome. In the late 1680s Francesco II d'Este from Modena made several moves to persuade Corelli to enter his service, but the composer refused. He dedicated his sonatas op. 3 to the Duke who showed his appreciation with some precious gifts. The other three collections of sonatas were dedicated to Corelli's various Roman patrons. The op. 1 was dedicated to Queen Christina of Sweden who had settled in Rome after her abdication and her conversion to the Roman Catholic Church. The op. 2 and op. 4 were dedicated to two clergymen who spent much money to the arts, and in particular to music: Cardinal Pamphili and Cardinal Ottoboni respectively.

Corelli was certainly one of the most influential composers in history. Many composers were under the impression of his concerti grossi when they composed their own; one of them was Handel. The trio sonata developed into one of the main genres of chamber music in the first half of the 18th century until it was replaced by other forms, such as the keyboard trio. Such pieces were written by many composers across Europe, especially for the growing market of amateurs. They were mostly modelled after Corelli, and Telemann expressed his being influenced by the Italian master with the writing of Sonates corellisantes. However, Corelli was not the inventor of the genre. Pieces for two melody instruments and basso continuo were written as early as the first decades of the 17th century. In France - independent from Corelli - Lully composed his Trios pour de coucher du roi. Corelli put various elements together and cemented the form which was to become the basic texture of the genre for the time to come.

The four sets of trio sonatas are usually divided into two subbranches: sonate da chiesa and sonate da camera. Corelli used the term sonata da camera on the title page of his op. 2, but the other three are simply called sonate a tre. The term sonata da chiesa could suggest that they were composed for liturgical use but that is not the case. Sonatas like these were intended for domestic use, in particular in the private chambers or the concert halls of the higher echelons of society, mostly the aristocracy. There is a difference between the two pairs of sets, though: the sonate da chiesa comprise of a number of movements - mostly four - with tempo indications, such as grave, largo and allegro. The sonate da camera open with a preludio which is followed by a sequence of dances to which a tempo indication is added.

Corelli himself didn't slavishly follow the texture described above. In every set there are various sonatas with more or fewer movements than four. Although the sequence of movements follows basically the order of slow-fast-slow-fast, some movements open with a fast movement, and others have three fast and one slow movement. The op. 1 is the least structured set, and one can probably see Corelli here experimenting with the texture of the trio sonata.

Although Corelli is a famous name the attention given to his oeuvre is a little unbalanced. There are plenty recordings of the concerti grossi and the op. 5 violin sonatas but not that many of his trio sonatas. Corelli's pupil Francesco Geminiani wrote about him: "His merit was not depth of learning like that of Alessandro Scarlatti, nor great fancy or rich invention in melody or harmony, but a nice ear and most delicate taste which led him to select the most pleasing harmonies and melodies and to construct the parts so as to produce the most delightful effect upon the ear". That was meant as a compliment, but is probably understood negatively in our time. Musicians know better but ensembles - and labels - may be afraid that such recordings won't sell that well.

Interpreters can contribute to this view being turned around with engaging and expressive performances. The op. 2 and op. 4 sonatas come off best by far. The dance rhythms are very well exposed, and the slow movements are more expressive than in the op. 1 and op. 3. The sound seems to me more brilliant and warmer, and generally more of an 'Italian' vein. The two pairs of sets are available separately, and I therefore recommend the sonate da camera. 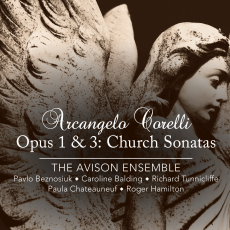 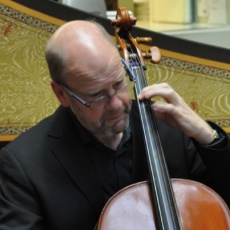 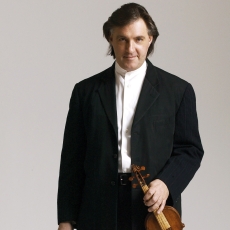 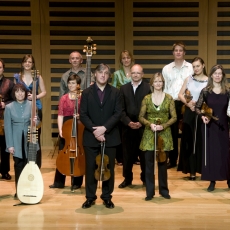