Since discovering his music more than a decade ago, I have found John Sheppard (c. 1515–1558) to be one of the most remarkable composers of the Tudor era. The program that opened my ears was a Classics for Pleasure CD featuring The Clerkes of Oxenford, conducted by David Wulstan. It included five works by Sheppard (and five by Thomas Tallis, including Spem in alium), none of them duplicated here. Little is known about Sheppard’s life. Early in his career, he was associated with Magdalen College, and later he was one of the Gentlemen of the Chapel Royal. On the basis of having been a composer for 20 years, he petitioned Oxford in 1554 to grant him a doctorate. The petition was denied. His death, while still in his 40s, apparently was from influenza. His music for the Latin liturgy comes down to us from anthologies compiled after his death. Media vita, which closes this program, is an extraordinary work, 24 minutes in length, that probably was composed near the end of his life. Based, like many of his works, on a cantus firmus, it reached modern times missing its tenor part, which has been reconstructed using the five remaining parts. As recently as last December, David Allen wrote about Media vita in the New York Times, comparing it to a slow movement by Mahler or Bruckner, and praising its “fervent waves of prayer, massive curlicues of polyphony that reach heavenward.” It has been suggested that its toe-curling dissonances are errors in transcription. Elsewhere, a story has been told about the power of the text itself. (“In the midst of life we are in death.”) According to Music in the Middle Ages (Norton, 1940), “When, in the year 1263 the Archbishop of Treves [Trier] appointed a certain William to be Abbot of the monastery of St. Matthias against the will of the monks, they prostrated themselves on the ground and said the Media vita and other prayers, and thus hoped to get protection from the Abbot who was being forced upon them…. William fled in fear. The Council of Cologne in 1316 forbade the Media vita to be sung against anyone without the bishop’s permission.” (Thanks to J. F. Weber for quoting this in Fanfare 41:2.) On this CD, in addition to Media vita, the hymns A solis ortus cardine and Sacris solemniis use the cantus firmus technique, which brings out that which is most awe-inspiring in Sheppard’s music. The other works are more forward-looking in the way that they were put together, but are equally impressive. Linn claims premiere recording status for four of these works: A solis ortus cardine, Inclina Domine, Iudica me Deus, and Confitebor tibi. Conductor Robert Quinney’s booklet note includes an explanation of the “somewhat experimental” way in which the voices (men and boys, with the addition of a single female alto in Iudica me Deus) have been distributed across the parts. I probably do not need to go into details here, but it is experimental because we do not always know which parts were sung by boys and which parts were sung by men in Sheppard’s time. Suffice it to say that Quinney sometimes divides the boys across as many as four parts, and sometimes the boys are joined by one or two men, countertenors singing in falsetto. I listened to Stile Antico’s Harmonia Mundi SACD of Media vita because it is among the more prominent recordings of this work. Stile Antico is comprised of a dozen adult men and women, so in terms of authenticity, it is farther from Sheppard than the Choir of New College Oxford. It also is sung at a higher pitch, which gives it a more brilliant sound. Stile Antico’s women exert greater control over the color of their sound than Quinney’s boys, and the results are certainly impressive on a technical level, and there is no lack of passion and inspiration. On the other hand, some will prefer to hear boys singing this music, not just for authenticity, but also for the spontaneity that they bring to the music. I almost want to write “imperfections” instead of “spontaneity,” but I don’t want to suggest that the boys in Choir of New College Oxford are inferior or lax—it’s just that a group of boys cannot produce the laser-like tones that the women in Stile Antico produce. If you want a more authentic approach, this new CD is outstanding, but if you want to hear I’m-rooted-to-my-spot perfection, then you might prefer Stile Antico instead. Either way, you win. 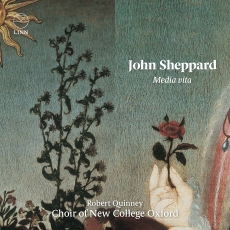 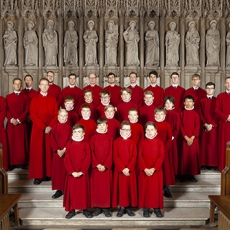 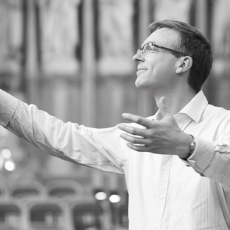