Diversity and innovation in music often comes when tender characters are cooking and swinging. Guitarist Haftor Medboe from Norway, mixes up different cultures, bringing into his new release the sundry voices of Scottish saxophonist Susan Mckenzie, Australian trombonist Chris Greive and Icelandic percussionist Signy Jakobsdottir. To this line up he has also added the famous Edinburgh String Quartet and Kenny MacDonald's electronic knowledge.

"In Perpetuity" is the second album of the Medboe quartet. Recorded in Scotland (precisely in Edinburgh in 2004), this album fetches a jazzy, electro-funky rhythm coupled with an embroiled string section. Each voice is wonderfully heard and the arrangements are out-inspired.

Medboe is without a doubt a gifted guitarist able to paint soundscapes with his many different palettes. His cohort's input is worth listening to. Susan Mckenzie's soprano sounds easy and lurid in whatever water she is testing, as on Little Auk, Charivari and Teetotum's introduction. Chris Greive's languid trombone is accurate and poignant as on Little Auk and Spor. His horn is always marshalling with high skill punctuations. On Little Auk, Medboe showcases the lofty, well-demeanoured strings, all at the hands of a grounded Signy Jakobsdottir's percussion. Guitar and percussion endorsements are impressive on Charivari.

Teetotum comes together in a dialogue, out of which kicks off a rising up upon the string background, providing intensification to this theme. "In Perpetuity" allows every section to burnish, both in the troupe's work and being self-assured by Haftor Medboe's proficient arranging abilities, and for solos, which take on the guitar. The Edinburgh String Quartet and Kenny MacDonald's endowments are awesome from Little Auk to Maikro.

A dazzling venture into contemporary jazz! 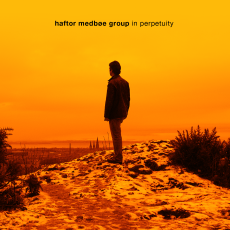 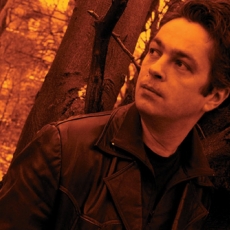