As the Royal Academy of Music approaches its Bicentenary in 2022, it has partnered with Linn Records to produce a series of recordings with recipients of the Academy’s Bicentenary Scholarships scheme. Artists Anna Geniushene (piano), Claudia Lucia Lamanna (harp), Emily Nebel (violin) and Yoanna Prodanova (cello) are the recipients of the Academy’s Bicentenary Scholarship scheme for 2018/19. Their debut Linn recordings will be released across digital platforms on 17th April 2020 and in Studio Master on LinnRecords.com.

Over the past eight years, Linn and the Academy have worked together in producing exceptional recordings of some of the world’s most talented young performers, notably in a series of recordings under Academy members of staff Trevor Pinnock CBE, the late Oliver Knussen CBE and Reinhold Friedrich.

The Academy’s Principal, Jonathan Freeman-Attwood, said: ‘Our ongoing relationship with Linn reflects a collaborative ideal of exposing the very best young musicians to the unique artistic challenges and opportunities of the studio within an educational context. The production values of Linn are second to none and that means the results are especially exciting for these young musicians, who deserve to sound as good as they are.’

Linn’s Chief Producer, Philip Hobbs, stated: ‘Many years ago I had the privilege to work on a number of recordings in the EMI ‘Debut’ series, which was a wonderful launchpad for young artists and many of them have gone on to become household names. I hope that this series, which features the ‘best of the best’ from one of the UK’s finest musical institutions, will carry on in very much the same tradition and give us the opportunity to hear these hugely talented young performers at the start of what I’m sure will be lengthy careers.’ 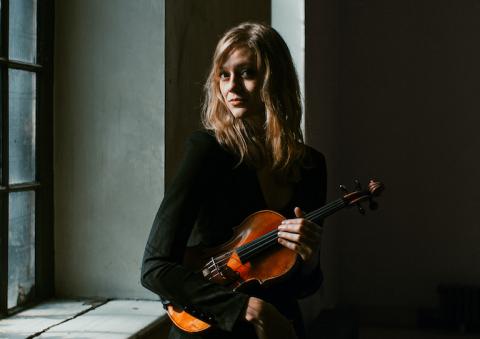 Congratulations to pianist Anna Geniushene on her recent success

In The Studio: Ossian Huskinson

In The Studio: Margarita Balanas

Another fine addition to the Royal Academy of Music Bicentenary Series.